A No Trammel Age of Shadows Ultima Online Free Server

You cannot insure items in the Lost Lands.
When you enter the Lost Lands, the insurance of all your items is canceled</del>
You are allowed to carry any of the following items with you: armors (including clothing hats), weapons, jewels, spellbooks, ethereal mounts, keys & Verite gems.
No other items will be allowed through the teleporter to the Lost Lands.
You are not allowed to carry reagents, bandages, arrows, or any other resources. You will have to buy or collect them inside the Lost lands!
You will be charged 1000 gp for each item you carry.
That is because the Lost Lands have their own economy, and you will have to pay much, if you mess with it with outside items/resources.
When you leave the lost lands, you will be charged 1000 gp for each item you are carrying/wearing. You can carry any type of items on exit.
You do not have access to your bank box in the Lost Lands.
You can rent containers in towns for the amount of 4000 gp per week. The rental will automatically renew until you release the container, or until you run out of money in the bank of your character.
You will find rental chests at the Temple Teleport and the Lighthouse as well.
All vendors in the Lost Lands sell at prices 10 times higher than usual.
Monsters do not drop gold in the Lost Lands. They drop verite gems instead.
Champions still spread piles of gold when they die.
Champions have 60% chance to drop a random part of Armor of the Sun.
A special vendor selling various supplies for verite gems. That is much cheaper than buying for gold in the Lost Lands.
Monsters drop more items in the Lost Lands, to make it easier for a player to find decent equipment there.
Dungeon Khaldun is inside the Lost Lands. Dungeon Terathan Keep is not. 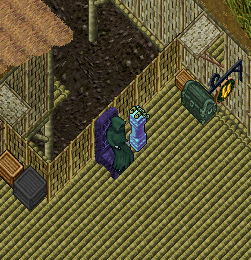 Is a separate economy from the main land, that is why you cannot carry any resources in there. You'll have to pay 10x regs if you are an intruder, meaning you usually play outside and you enter only for an event, champ, etc…
If you decide to play more often in the LL, you will easily find Verite Gems from all monsters (instead of gold), and you will be able to buy reagents much cheaper.
The prices in the special Variety Dealer, which sells stuff for verite gems, will be just three times higher than the normal prices outside of the Lost Lands. That is because you wouldn't have anything else to spend your gems for, and if prices were normal, verite gems would have no value.

Besides, a lot of creatures drop regs by default. Just start hunting them, and you wouldn't need to buy reagents. The spawn in the Lost Lands hasn't been completed yet - there is much more to come… 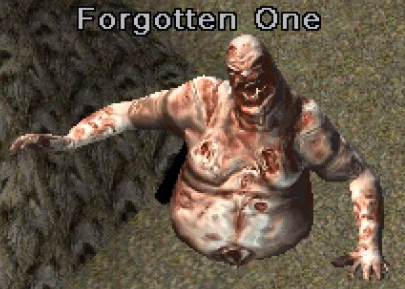 Occasionally a very strong and ugly monster appears in the dungeon Khaldun. That is the Forgotten One, and those who manage to slay it have a very high chance of receiving a valuable artifact. Currently it only gives a random Doom artifact, but it is also planned to give any of the custom artifacts.

Of course, in a region with no insurance and no protection from player killers, killing the monster will not be an easy job. That is why it is very rewarding. The chance for artifacts is 100% when the creature appears, and gets reduced by 10% every , until it gets down to 40%. You can also find some copper bars in its corpse.